The potential of cannabidiol (CBD) in the COVID‐19 pandemic 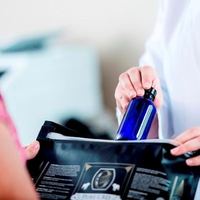 Every level of medical science continues to focus efforts to control the current pandemic, SARS-CoV2, from basic prevention, treatment of active disease, to vaccine development.  Given the urgency to determine treatments, particular attention has been paid to repurposing medicinal compounds already in our compendium, selecting those with known mechanisms of action that may inhibit the destructive effects of SARS-CoV2.  This journal publication articulates the potential disease mitigating effects of cannabidiol, CBD, in each of the steps necessary for the virus to exert its effect.

Initially, the virus binds to human receptors ACE2 and TMPRSS2 in the nose and lungs. CBD is a known down regulator of these two receptors, reducing the number of possible avenues the virus has to enter the body, potentially reducing the spread of infection.  Once infected, the virus' most destructive effects are in the lungs.  CBD is a known modulator of PPARgamma, 5-HT1A, adenosineA2, and TRP channel receptors, all compounds in the inflammatory path that provoke the most serious and deadly consequences of SARS-CoV2.  In particular, CBD helps to trigger PPARgamma release and activity, though weakly, an important distinction from previous treatments that have not been successful because they are too potent.

Other known PPARgamma activators have been used as direct antiviral treatments.  Given CBD's favorable safety profile and mechanism of action with regard to other known treatments increases the potential for it to be used as both a preventative measure and direct treatment, and further study is definitely warranted.