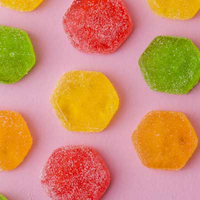 While the measure prohibits the sale of marijuana edibles in those shapes, it specifically allows edibles in geometric shapes, including circles, squares and rectangles. Additionally, edibles packaged in Missouri must be stamped with a diamond containing the letters ‘THC’ (signifying the drug’s primary psychoactive ingredient), the  letter ‘M’ to indicate it’s a medicinal product, and the number of milligrams of THC contained in the product. The mark must be prominently placed on the front of the package.

Some state lawmakers initially sought a more extensive ban on edible forms of marijuana — an excessive restriction that would have prevented patient access by those for whom this is a safer, more desirable consumption method than smoking. The compromise language was among a series of legislative revisions successfully sought by MoCannTrade (Missouri Medical Cannabis Trade Association) and endorsed by legislators.

“More and more doctors are recommending that patients using medical marijuana consider trying edibles or other smokeless forms of the medicine, which is why we fought so hard against legislation that would have largely banned this choice,” said Andrew Mullins, MoCannTrade executive director. “This new law taking effect is an important compromise that provides patient access to medical marijuana edibles, gives the cannabis industry certainty of what products they can offer, while helping keep this medicine out of the hands of minors. Our membership-based trade association is thankful for the work of lawmakers to ensure that the necessary safeguards are in place to protect public safety while also fulfilling the will of the nearly two-thirds of Missouri voters who endorsed this state constitutional amendment.”

The proposed ban on edibles is one of several unsuccessful recent attempts by Missouri lawmakers to restrict the nascent industry as more than 60,000 patients await the start of retail sales this fall.

Those efforts, each of which were successfully opposed by MoCannTrade, include a measure that would have prevented state-certified physicians from certifying marijuana patients using telemedicine services. Instead, lawmakers added a clause to the state’s telehealth statute that specifically authorizes physician certifications of medical cannabis, enabling doctors to virtually interview patients, collect or review medical history and perform examinations.

Another ill-advised legislative proposal would have allowed employers to fire medical marijuana patients solely for having state certification, or for failing a drug test – even if the patient wasn’t impaired at work.