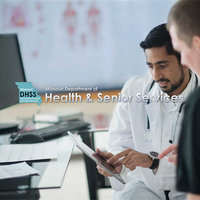 We want to thank you again for you and your team’s dedication to implementing Amendment 2 and overseeing what we believe will be one of the best medical marijuana programs in the entire country.

The department’s Dec. 26 awarding of cultivation licenses was a monumental step forward in that process. Obviously, we have members that were elated with the news as well as some that are very disappointed but continue to look forward to the upcoming infused product and dispensary license announcements.

Our job at MoCannTrade, the state’s largest medical marijuana industry association, is not to pick winners or losers or even to opine on the scores of individual applicants. There are well-established methods for any applicant on their own to appeal these decisions with the Administrative Hearing Commission and if still not satisfied in Missouri courts.

It is however our responsibility to speak up when possible systemic problems impacting the whole industry arise, including those in the scoring process. Based on significant feedback from our members, we believe there may be an issue with the scoring of question 47 on the cultivation application.

Question #47 asks applicants: What is your marketing plan, including to whom, method of delivery, and costs? The answer is limited to 1000 words and is scored 0-10 using DHSS’s scoring criteria guide, which can be found here:

This pattern doesn’t follow the scoring for any of the other questions and might possibly be the result of human or technological error. For example, the scorer may have mistakenly thought this was one of the application’s binary questions, where applicants could only score a zero or a ten, which would explain the dearth of answers scoring a 4 or 7. Or there may be a perfectly good explanation of why scores look so different for this question compared to others.

While this question alone potentially only impacts a handful of applicants that just barely missed out on a cultivation license, a failure to review and explain this situation could erode confidence in DHSS and the scoring system by many. That’s obviously the last thing we want to see happen.

Therefore, we would respectfully ask DHSS to review and inform the public why an overwhelming majority of applicants scored a zero on this question, which represents a clear outlier.

Again, we appreciate your quick attention to this matter and thank you for your tireless work on behalf of Missourians.