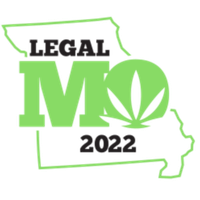 Missourians petition for chance to become 20th state to regulate, tax and legalize.

The Legal Missouri 2022 campaign to give voters an opportunity to legalize marijuana for adult use on Sunday submitted more than twice as many signatures as required to put the citizens’ initiative petition on this year’s ballot.

Leaders of the statewide coalition of activists, business owners, medical marijuana patients and criminal justice reform advocates delivered the truckloads of petitions to the Missouri Secretary of State’s Office, which will now review and certify the voter signatures.

“As we submit more than 385,000 petition signatures to the state today, the message from voters is clear: it’s past time to end the senseless and costly prohibition of marijuana,” said John Payne, LegalMo22 campaign manager.

“This widespread and enthusiastic show of support from the people of Missouri exceeds our expectations,” he added, noting how the signature total slightly exceeded the amount collected during the 2018 campaign that led to voter approval of medical marijuana.

"We look forward to the timely review and certification of our petition by the Secretary of State’s Office as we continue to educate and inform voters in the coming weeks and months.”

Additionally, hundreds of thousands of Missourians charged with nonviolent marijuana offenses would have their records automatically expunged ─ a critical criminal justice reform that if passed, would make Missouri the first state where voters took such a step.

Current Missouri law and most similar programs in other states require those seeking to vacate their convictions to first petition the courts, a time-consuming and expensive process.

The automatic expungement provision does not apply to violent offenders or those whose offenses involved distribution to a minor or operating a motor vehicle while under the influence of marijuana.

“It's time to stop treating adults who use marijuana responsibly like criminals,” said Dan Viets, a Columbia attorney, LegalMo22 advisory board chairman and Missouri coordinator for the National Organization for the Reform of Marijuana Laws (NORML), whose six chapters across the state helped draft and have endorsed the initiative.

“It's also time to repair the damage marijuana prohibition has done to hundreds of thousands of Missourians' lives by automatically expunging their criminal records."

Gatson pointed to a 2020 ACLU report showing that Blacks are 2.6 times more likely than whites to be arrested for marijuana possession in Missouri – even though their national marijuana usage rates are comparable. In some Missouri counties, the disparity is as much as 10-to-1.

In 2018, marijuana possession accounted for more than 50 percent of all drug arrests in Missouri. Of the nearly 21,000 marijuana arrests here that year, the vast majority were for simple possession of very small amounts. 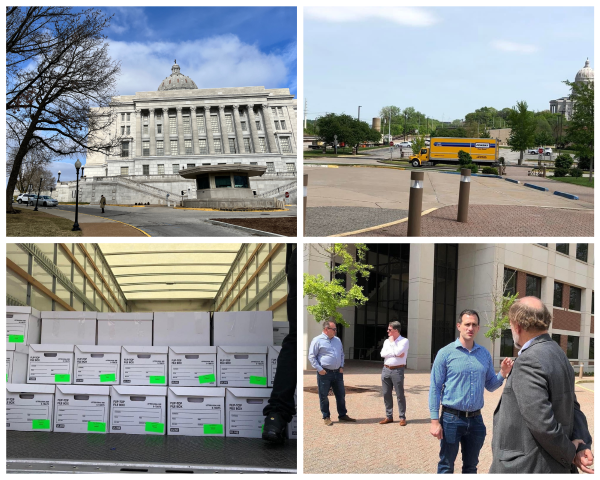 According to the University of Missouri-Kansas City School of Law, only 125 Missourians (among the estimated 1.3 million to 1.8 million with criminal records) were able to expunge their records in 2019. Calling the expungement process “complex and expensive,” these past convictions become “the punishment that never ends,” UMKC Law notes.

“Despite having fully paid their debt to society, they find that the impact of their record lingers, blocking educational, employment, and housing opportunities. The persistence of criminal records also takes a heavy toll on an individual’s health.”

In 2018, Missouri voters overwhelmingly agreed to enshrine the use and sale of medical cannabis in the state Constitution. The state Department of Health and Senior Services has since issued more than 185,000 medical cannabis cards to Missouri patients and caregivers, a participation rate significantly higher than early estimates.

The state tallied nearly $300 million in medical cannabis sales from late October 2020, when sales began, through March of this year, generating $12 million from the medical program’s 4 percent state tax.

The Legal Missouri 2022 initiative also seeks to broaden participation in the legal cannabis industry by small business owners and among historically disadvantaged populations, including those with limited capital, residents of high-poverty communities, service-disabled veterans and those previously convicted of non-violent marijuana offenses, among other categories.

A new category of cannabis licenses reserved for small businesses would, over time, add a minimum of 144 licensed facilities to the existing 378 licensed and certified cannabis businesses in the state: 18 in each of the state’s eight congressional districts, with at least six per district operating as dispensaries and the remainder designated as wholesale facilities.

This is a new licensing category that allows operators to both cultivate the plant and manufacture cannabis products. The new license holders would be selected at random, by lottery.

A copy of the Legal Missouri 2022 petition can be found here. For more information on the adult-use ballot initiative, including details on how to volunteer or donate to the campaign, visit www.legalmo22.com.

Video footage and photos from Sunday’s signature turn-in will be posted Sunday night on the Legal Missouri 2022 YouTube page.